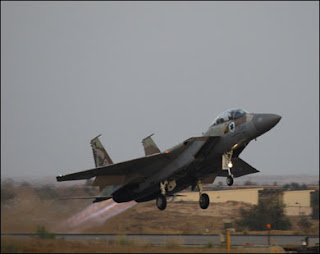 Israeli officials said on Monday that it is unlikely a military strike against Iran's nuclear facilities and that all options were still on the table within the framework of self-defense, comes following the statements of Russian President Dmitry Medvedev That Israel will not attack Iran.

The chief of General Staff of the Israeli army, Lt. Gen. Gabi Ashkenazi said in an interview with Israeli Army Radio in response to the question of whether Israel could attack or not, if you feel threatened by Iran, "Israel has the right to defend itself and that all options remain on the table."

For his part, "said Danny Ayalon, Deputy Israeli Foreign Minister, Medvedev said that the words certainly not a guarantee, he said, adding that" with all due respect I do not think that Russian President authorized to speak on behalf of Israel and of course do not rule out any option against Iran. "

The Russian president said in an interview with the channel "CNN" American TV broadcast on Sunday that Israel is not planning a military strike against Iran, terming the attack as "the worst thing imaginable."

Medvedev said he received Israeli assurances not to attack Iran (French - Archive)
Medvedev stressed that the Israeli president Shimon Peres Pledged during a meeting with him in August last year when he visited him in Sochi that Israel does not intend to any strikes on Iran, saying, "We are a peaceful country and will not do that." As we all know its a lie and Israel will attack Iran to force the American fight their war and clean up their mess as usual.

It was such an attack would lead to a "humanitarian disaster and a huge number of refugees from Iran and the desire for revenge, not only of Israel to be frank, but also from other countries."

He said Medvedev, according to a transcript of the interview distributed by the Kremlin, "but my colleagues in Israel have told me that they do not intend to act in this way and I trust them."

The news has spread about the visit of Israeli Prime Minister Benjamin Ntiniaho This month and perhaps other officials to Moscow to press Russia not to sell systems to Tehran, "S-300" anti-aircraft or to inform the Kremlin plot to attack Iran.

Russia has signed an agreement last year to sell the systems, "said S-300" to Iran, a move that embarrassed Israel, because these missiles would strengthen Tehran's ability defense, but has not announced so far to deliver these systems.

Medvedev said in that regard, Russia has the right to sell defensive weapons to Iran, adding that sanctions are often ineffective and should not take any action against Iran only as a last resort.
Posted by newsclock at 11:46 AM 0 comments