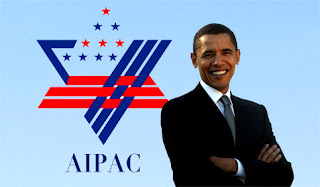 first met Democratic presidential hopeful Senator Barack Obama almost ten years ago when, as my representative in the Illinois state senate, he came to speak at the University of Chicago। He impressed me as progressive, intelligent and charismatic। I distinctly remember thinking 'if only a man of this calibre could become president one day।'On Friday Obama gave a speech to the American Israel Public Affairs Committee (AIPAC) in Chicago। It had been much anticipated in American Jewish political circles which buzzed about his intensive efforts to woo wealthy pro-Israel campaign donors who up to now have generally leaned towards his main rival Senator Hillary Clinton.Reviewing the speech, Ha'aretz Washington correspondent Shmuel Rosner concluded that Obama
"sounded as strong as Clinton, as supportive as Bush, as friendly as Giuliani. At least rhetorically, Obama passed any test anyone might have wanted him to pass. So, he is pro-Israel. Period."Israel is "our strongest ally in the region and its only established democracy," Obama said, assuring his audience that "we must preserve our total commitment to our unique defense relationship with Israel by fully funding military assistance and continuing work on the Arrow and related missile defense programs।" Such advanced multi-billion dollar systems he asserted, would help Israel "deter missile attacks from as far as Tehran and as close as Gaza." As if the starved, besieged and traumatized population of Gaza are about to develop intercontinental ballistic missiles. Obama offered not a single word of criticism of Israel, of its relentless settlement and wall construction, of the closures that make life unlivable for millions of Palestinians.There was no comfort for the hundreds of thousands of people in Gaza who live in the dark, or the patients who cannot get dialysis, because of what Israeli human rights group B'Tselem termed "one cold, calculated decision, made by Israel's prime minister, defense minister, and IDF chief of staff" last summer to bomb the only power plant in Gaza," a decision that "had nothing to do with the attempts to achieve [the] release [of a captured soldier] nor any other military need." It was a gratuitous war crime, one of many condemned by human rights organizations, against an occupied civilian population who under the Fourth Geneva Convention Israel is obligated to protect. 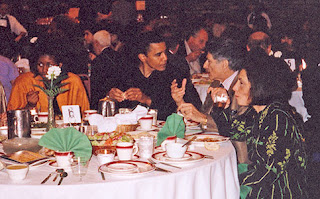