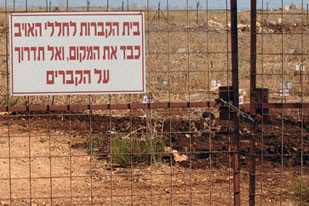 Lebanon's Hezbollah movement handed over the remains of an Israeli in exchange for a Lebanese prisoner and the bodies of two of the group's fighters.An Israeli military vehicle carrying the bodies of the dead Lebanese entered the no-man's zone along the border on Monday, crossing paths with Lebanese ambulances that were heading the other way.
bodyVariable350="Htmlphcontrol1_lblError";
Lebanese troops kept journalists and civilians away from the Naqoura crossing as the exchange took place.The two dead Hezbollah fighters went missing last summer during the 34 day war between the Shia Muslim group and Israel in southern Lebanon.
bodyVariable300="Htmlphcontrol2_lblError";
The identity of the Israeli body, that has arrived at the border in an ambulance accompanied by Hezbollah vehicles, was unclear।Al Jazeera's Rula Amin said from the Naqoura crossing that the body handed back to Israeli authorities was a civilian who died at sea and was washed up in Lebanon।Captured troopsLast year's conflict began after the Lebanese movement captured Eldad Regev and Ehud Goldwasser, two Israeli troops, and early reports had suggested that the remains being released were from a soldier.

Kuntar was to be freed at a later date in return for information on the fate of Ron Arad, an Israeli air force navigator who has been missing since October 1986 when his plane was shot down over southern Lebanon.An Israeli official tolf the AFP news agency that Hezbollah said it would provide information about Arad as part of Monday's deal. Kuntar was jailed for 542 years in 1980 for killing a scientist and his four-year-old daughter as well as an Israeli policeman.Bassam Kuntar, Samir's brother, told Al Jazeera that the exchange was a victory for Hezbollah and Lebanon."I think it is an additional victory for Lebanon and the Islamic resistance because we are speaking about the body of a civilian who was not captured during the July 2006 war," he said. Bassam said that Hezbollah would not give Israel any information about the two soldiers captured last July until his brother was released.Soldiers 'in Iran'Asharq Al-Awsat, an UK-based Arabic newspaper, reported on Sunday that the two Israelis had been handed to Iran and could be freed as part of a German-brokered exchange. It quoted a source identified as a high-ranking official in the office of Ayatollah Ali Khamenei, Iran's supreme leader, as saying they had been transferred by the country's elite Revolutionary Guards. Last week, Germany decided last week to free an Iranian agent jailed for life for the murder of four Kurdish dissidents in 1992 and the newspaper suggested that this could have been part of the deal.Rula Amin said Monday's exchange had also been arranged by a German negotiator.A senior Israeli government official dismissed the Asharq Al-Awsat report as "nonsense" and said it was an "attempt to dissiminate disinformation on this extremely sensitive issue."Germany also dismissed suggestions that the agent was released as part of a deal with तेहरान

Posted by aljazeera.net
Posted by newsclock at 8:55 PM 0 comments