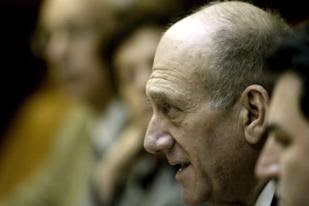 Ehud Olmert, the Israeli leader, said he would allow the dig near the al-Aqsa mosque compound in Jerusalem to continue after the appeal from Amir Peretz.
bodyVariable350="Htmlphcontrol1_lblError";
"A thorough examination of the matter would reveal that nothing about the work under way will harm anyone, and there is no truth in the contentions against the work," the Ha'aretz newspaper quoted Olmert's office as saying.

Arab states have said the work could damage al-Aqsa's foundations.
bodyVariable300="Htmlphcontrol2_lblError";
For years the Islamic Movement has waged a campaign to "save" al-Aqsa, the main mosque in a compound in Israeli-occupied and annexed east Jerusalem.

The compound is known to Muslims as Haram al-Sharif and to Jews as the Temple Mount.

The mosque is the third holiest site in Islam.

The Israeli defence ministry did not immediately comment on Thursday's report and Olmert's office was not available for a response.

Israeli police remained on heightened alert on Thursday, with about 2,000 officers deployed throughout the Old City and nearby areas in east Jerusalem.

About 100 Palestinians briefly blocked an entrance to Jerusalem's Old City in response to the excavations.

Micky Rosenfeld, an Israeli police spokesman, said the protesters dispersed peacefully after police ordered them to do so.

Tensions have flared between Israel and the Palestinians over the Israeli excavation, which started on Tuesday.

Haaretz said Peretz wrote to Olmert on Wednesday calling for the immediate stop to the work, citing security concerns.

The Fatah faction of Mahmoud Abbas, the Palestinian president, said any damage caused to the mosque by the dig work would "lead to a termination" of a November ceasefire deal operating in Gaza, and spark a "volcano of anger".

"Whoever wants to speak about peace does not excavate anywhere in the area around the holy al-Aqsa mosque," Darwish said, referring to Olmert's planned February 19 peace talks with Abbas and Condoleezza Rice, the US secretary of state.

Israel say the excavations are part of a search for ancient artefacts beneath the compound but would not harm the sacred site in Jerusalem's walled Old City.

The Israel Antiquities Authority is carrying out initial excavations before repairing an access ramp.

Osnat Gouez, an authority spokesman, said: "We are looking at the possibility of installing cameras at the start of next week that would broadcast real-time footage on the internet of the excavations being carried out at the site."

A parliamentary spokesman said Israel Hasson, an Israeli MP, made the suggestion on Wednesday to Olmert who ordered that the idea be put into practice.

Hasson said: "This initiative is to prove to the Arab world that the works under way on site pose no harm to the mosques."
Posted by newsclock at 7:54 PM 0 comments 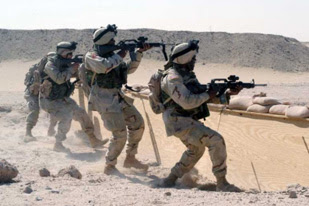 Republicans largely united to employ Senate rules against the Democrat majority to derail the debate on a nonbinding resolution expressing disagreement with Bush's plan.
bodyVariable350="Htmlphcontrol1_lblError";
But Democrats vowed that they would not give up trying to force Bush to change course and said they would return to the subject when considering billions more in funding for the Iraq war requested by Bush on Monday.

Harry Reid, the Senate Democrat leader, said: "We are going to debate Iraq.
bodyVariable300="Htmlphcontrol2_lblError";
"They may stop us temporarily from debating the escalation but they are not going to stop us from debating Iraq."

The resolution would not have been binding on Bush, but it was the first serious attempt by Congress to confront him over the war.

Under Senate rules it needed 60 votes before the 100-member Senate could begin debate. It received only 49, with 47 voting against in a largely party-line vote.

Republicans also said they voted against the measure in protest because they could not get amendments considered on their terms.

Kentucky Republican Mitch McConnell, the Senate minority leader, said: "We are asking for a fair process. We are ready for the debate. We expected to have it this week."
Supporters said the resolution would be a first step, a warning to Bush that he must revamp his strategy to start moving toward a withdrawal of the 138,000 US troops in Iraq.

Dick Durbin, the Illinois Democratic senator, said: "I am troubled by this. If the Republicans in the Senate cannot swallow the thin soup of the Warner resolution how will they ever stomach a real debate on the war in Iraq?"

Some Democrats want Congress to move immediately to do something more decisive like refusing to fund the additional troops or capping troop levels.

Dana Perino, a White House spokeswoman, said: "All sides have a right to be heard in this debate, and we support senator McConnell's and the Republicans' right to be able to offer the amendments they want to offer."

Two Republicans refused to follow their party leadership and voted with the Democrats to move to debate. They were senator Susan Collins of Maine and senator Norm Coleman of Minnesota, both of whom face re-election in 2008.

Before the vote, Reid said: "The American people do not support escalation. Last November, voters made it clear they want a change of course, not more of the same.

"The president must hear from Congress, so he knows he stands in the wrong place, alone."

Durbin said: "If the Republicans want to stand by their president and his policy, they shouldn't run from this debate.

"If they believe we should send thousands of our young soldiers into the maws of this wretched civil war, they should at least have the courage to stand and defend their position."
Posted by newsclock at 9:49 PM 0 comments